This region of space is near the Manrealm, but resides further inwards towards the galactic core. It served as one of the major theatres of battle during the Double War. It now contains numerous human-settled worlds, but is still dominated by the Fyndii.

Cosmopolitan human world and a centre of trade for its sector. The majority of citizens follow the Church of Life Evolving, which teaches that the purpose of life is to breed in order to produce more evolved human beings. This has resulted in the planet becoming grossly overpopulated and spreading dense unsustainable cities across every continent.

Hot climate world populated by humans, as well as two alien races. Along with New Rome, it acts as one of the main offices of the One True Interstellar Catholic Church of Earth and the Thousand Worlds, and the seat of the Archbishop of Vess.

Peaceful human world with a young population of under nine million. While the planet has little industry, it fosters a flourishing artistic culture. Its sole city is Ammadon.

One of the corpse worlds, where it is legal for humans to transmit their will into dead bodies in order to perform manual labour. Unlike other corpse worlds, Grotto has remained relatively unpolluted. It is covered with lush forests and calm green waters. Handlers there mine the caves for precious rocks called swirl-stones.

Hilly, dusty world filled with the towns of the alien Shkeen. The planet's largest city is over fourteen-thousand years old, and contains a huge blue tower surrounded by miles of low red-brick domes. Humans have also settled part of the planet. 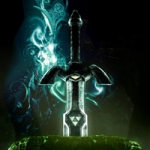